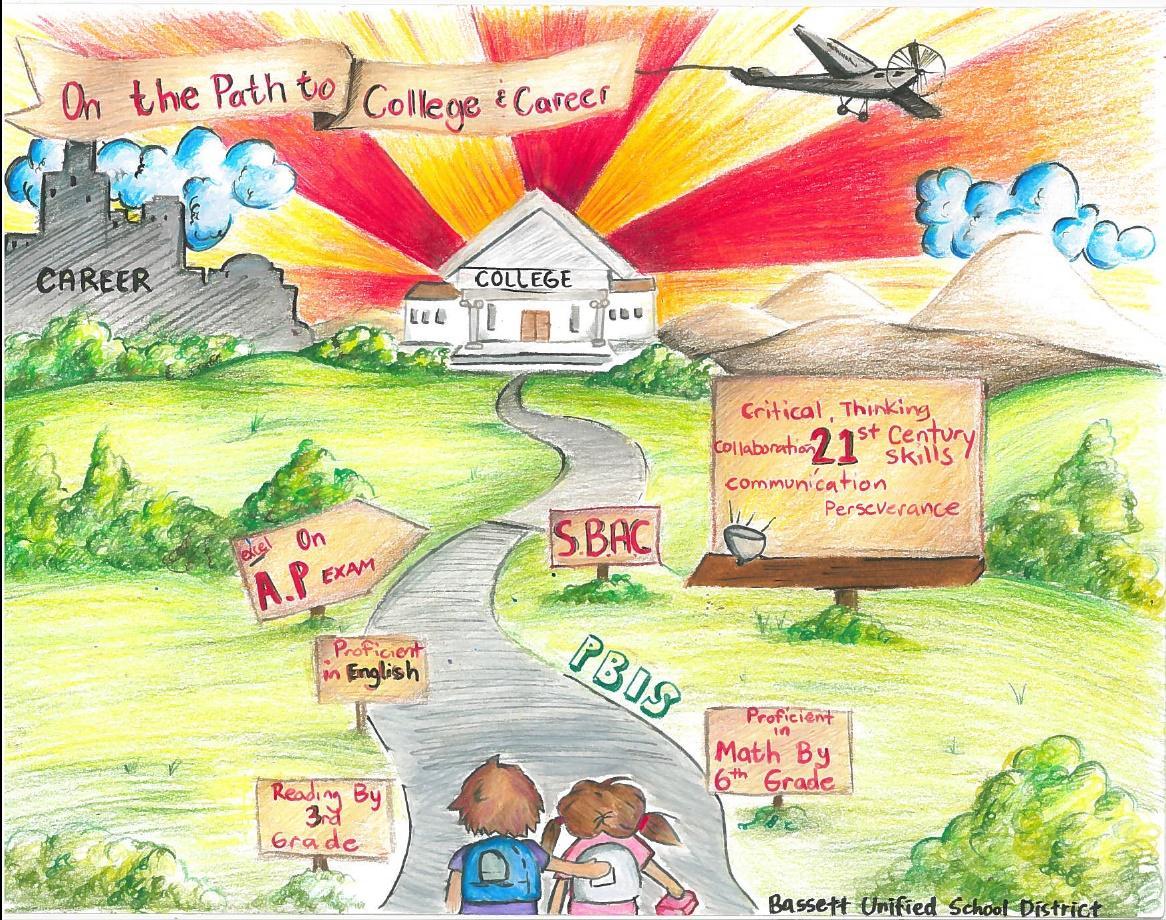 Our school district is named after Mr. O.T. Bassett of El Paso, Texas. In 1895 he bought 814 acres of land in the western part of the Puente Valley. This land was part of the original 47,000 acre land grant belonging to John Rowland and William Workman. Governor Pio Pico granted this land to them on July 22, 1845. This land grant was known as Rancho Puente and was one of the larger ranchos of Southern California. The rancho encompassed Covina, West Covina, Rowland Heights, La Puente and Baldwin Park. So during those days, the boundaries were defined by a river, a lagoon, and a chain of hills.

In 1851, Mr. Rowland and Mr. Workman divided their land, with Workman taking possession of the western portion of about 20,000 acres. Records indicate that Joseph Workman, the son of William Workman, bought part of the land and then borrowed money on the property at a local bank. He was not able to keep up the mortgage payments, so the bank acquired the property, and it was then that Mr. O.T. Bassett bought it. His son, Charles Bassett, inherited the land and later sold portions to other settlers. Bassett Township was established.

As people settled the Bassett subdivision they felt the need for a school. It was through the efforts of Mark Hutchcroft, Chester Barton and Ed Beck that the Bassett School District was formed in 1898. These three gentlemen became the first board members of the school district. Construction was started that year on the first school on a two and a half-acre plot at Vineland and Temple. The name of the new school was Bassett Elementary, and while the school was being built, a corncrib on the Bassett Ranch was turned into a temporary classroom. The walls of the crib were covered with muslin and twenty pupils received instruction in this improvised school room until the completion of the wood frame schoolhouse.

Miss Loretta Barber was the first teacher in the new school building, and she taught 20 pupils in grades one through nine. In 1923, the voters approved a bond issue that made it possible to acquire two-and--a-half more acres, making a total of five acres for the school grounds. The original two-room frame school building was moved to the southern side of the property and was used for many years as a school for the children of migrant workers. At that time Bassett and the surrounding area was surrounded by walnut groves.

Elephants in the School Yard

On September 23, 1924, a new brick building was dedicated. Sixty-seven pupils were enrolled and there were three teachers: Miss Arubutus Ramsey, Miss Florence Flanner and Miss Margaret Tindall. In 1934, elephants from the LG. Barnes Circus, which had its winter camp in nearby Baldwin Park, removed the walnut trees. The area was then planted with beans and alfalfa, and some sections were taken over by truck farming and strawberries. The 1934 earthquake rendered the brick structure unsafe and the school had to be rebuilt.  The children in the primary grades were housed in the original migrant school and the rest of the students in grades five through eight were housed in tents until the building was completed and opened in 1940. By 1947 there were 489 students enrolled in Bassett Elementary with fourteen teachers. Bassett School District grew in the fifties and sixties.

The Ethel D. Keenan School was built in 1952, named after a beloved teacher who later served the district as superintendent. The J.E. Van Wig School, named after a long-time resident and school board member was opened in 1956. Edgewood Intermediate opened its doors in 1957. The Thomas M. Erwin School was named after the life-long member of the community and State Senator, and was dedicated in 1958.

A Century of Service
The District Administration building opened in September 1958; the Florence E. Flanner School, named after a beloved teacher, was opened in 1960; Torch Intermediate opened in March, 1964; Sunkist Elementary and Don Julian (named after Mr. William Workman) opened in 1965; and Bassett High School opened in September 1965. A second stage of the high school was completed in 1970, and a community swimming pool was added in 1971. At the time when Nueva Vista Continuation school was opened in 1967, there were over 6,000 students enrolled throughout the district.